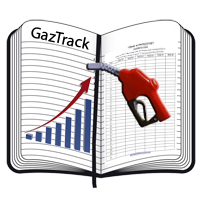 GazTrack is an easy car fuel tracking system with simple data analysis. It easily tracks your car refuel history and fuel economy. Data input takes just few seconds each time, then the app takes care of the rest, such as calculating MPG and other interesting statistics.

If you are passionate about the Italian lottery game "SuperEnalotto", Superwin is for you!

Like many software developers, these days I'm very excited and eager to get started using the Consumer Preview on a daily basis, both at work and at home. But Windows 8 is still a preview release, which means that there could be some sort of software incompatibilities. Prior to completely switch my workstation to the next version of Windows, yesterday I started to play with Windows 8 Consumer Preview 32bit on a secondary laptop (a DELL XPS M1330) with just a unique goal: verify which development tools work and which don't.

It is now possible to receive all the recent news and highlights from the blog directly on your Windows Phone, instantly.

An amazing and mind-breaking game to spend your idle times: simple designed, but really hard to play.