XNA is a .NET framework .NET for game development, which casual game developers have been using since 2004 for ease of create games for Windows, XBOX and, most recently, Windows Phone. The framework provides:

Game development is not trivial and XNA is a great framework to start with for novice game developers and/or students and developers who wants to learn how to create quality game applications. XNA, together with Visual Studio, make it as easy as: File -> New -> XNA Game Studio Project and you are ready to start.

MonoGame is an open-source and cross-platform implementation of XNA 4.0 and its class model. The goal of MonoGame is to provide XNA developers with a framework to build applications that will run on Xbox 360, Windows, Windows 8, Windows Phone and providing the ability to port the game (using the same C# codebase and minimal effort) to run natively on the iOS, Android, Mac OS X and Linux platforms. With these goals in mind, it's easy to understand the MonoGame motto: "Write Once, Play Everywhere". The technologies that make the MonoGame API cross-platform power possible are:

In this tutorial serie we are going to develop a Windows 8 game from scratch, leveraging MonoGame e XNA. These technologies do not represent the only way to develop games for Windows 8: it is also possible to develop games using native C++ and DirectX, in order to enable an easier existing game porting from other platforms by software houses and game developers. In this serie we will not talk about C++ and DirectX, maybe in the future.

Before you can write games for Windows 8 using MonoGame, you must setup your enviroment and your IDE. Below you can find all the steps to follow (in the order stated) to successfully prepare your computer for XNA Development with MonoGame:

Visual Studio 2012 Pro/Premium/Ultimate: from DreamSpark, MSDN or any licensed copy

Obviosly, if you also want to develop apps and/or games for Windows Phone 8, you can install this package.

With MonoGame 3.0 a Windows Installer has been provided to install the MonoGame and SharpDX libraries needed to create an XNA 4.0 project for Windows 8. This will also install two MonoGame templates for use within Visual Studio to start an XNA/MonoGame project.

Any MonoGame-based project for Windows 8 start with the following steps:

Step 1 - Create a MonoGame project and set its references

Open Visual Studio 2012 and select New Project. Under Templates, select Visual C#, you should see the MonoGame project templates listed. Select the MonoGame Game (XAML). Name the project Win8Game and ensure that the option to "Create directory for solution" is checked. 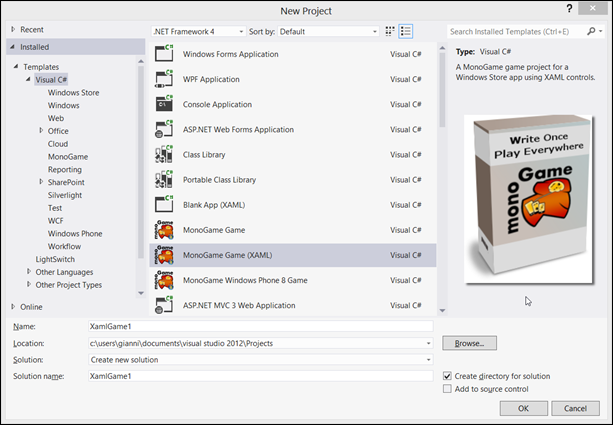 Now, let's test to see if your MonoGame environment is set up correctly by running the application either via Local Device or and via the Windows Simulator. If your setup was successful, you will see a blue background, created by default with any XNA Framework template projects. 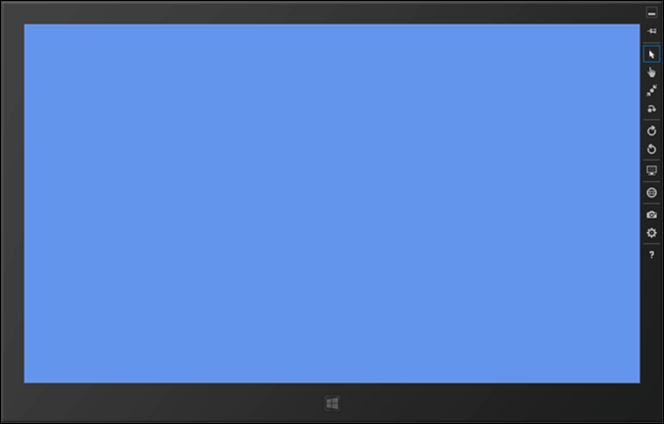 If it doesn't work or there are compilation errors, check MonoGame references (following step 3 instructions).

Follow these Steps ONLY if MonoGame has been download and/or recompiled from source or in case there have been problems with MonoGame templates, pointing to the correct MonoGame references. If you installed via the MonoGame Installer, these operations should not be required.

We need to ensure that the Solution has the correct references to the MonoGame Framework and its dependencies. Right click on your Solution in the Visual Studio Solution Explorer and select Add -> Existing Project. 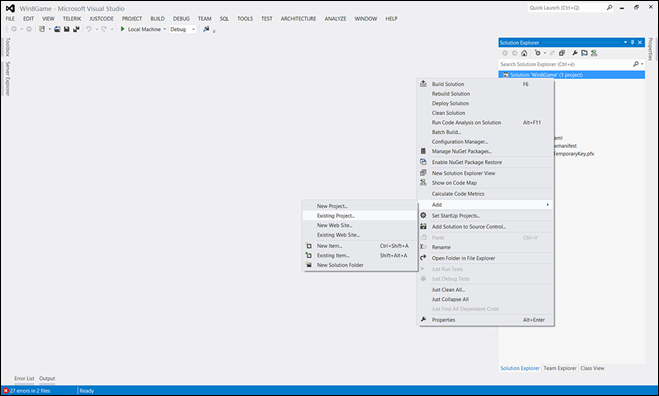 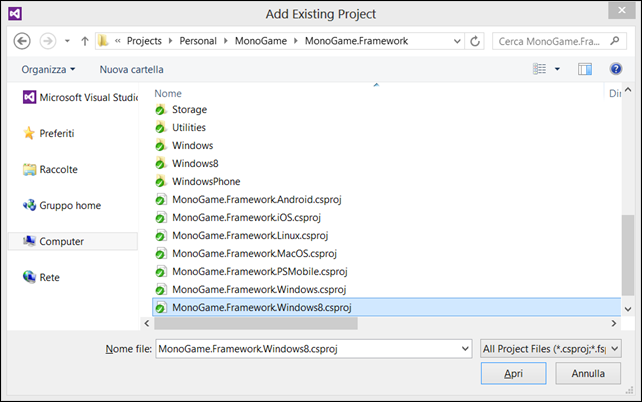 Now select the Win8Game solution, select References, right click and select Add Reference. In the Reference Manager, we need to add the reference to the MonoGame.Framework into the Windows 8 project by selecting Solution and then Projects. Select the checkbox beside the MonoGame.Framework project. Click OK (Figure 4). Then again, go back into Reference Manager and add the MonoGame Framework Dependencies by selecting Browse. Browse to location: C:\Users[user]\Documents\Projects\MonoGame\ThirdParty\Libs\SharpDX\Windows 8 Metro and select all of the .DLL files within the folder. Click on OK to confirm. 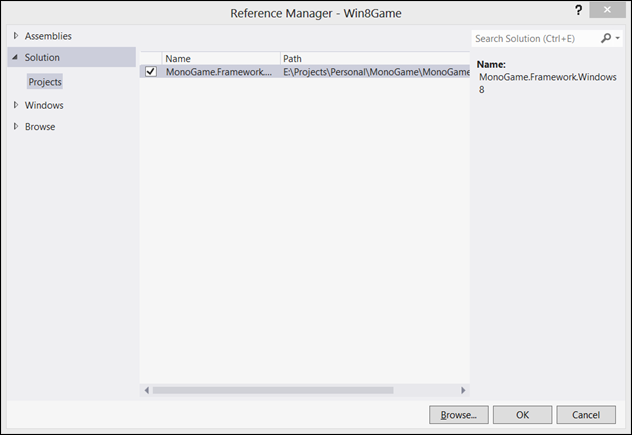 Finally, select the Win8Game project and right click. Select Project Dependencies and select the checkbox next to MonoGame.Framework.Windows8. Click OK and Rebuild the entire Solution. You may get warnings, but if you have followed the steps correctly, there should be no errors. 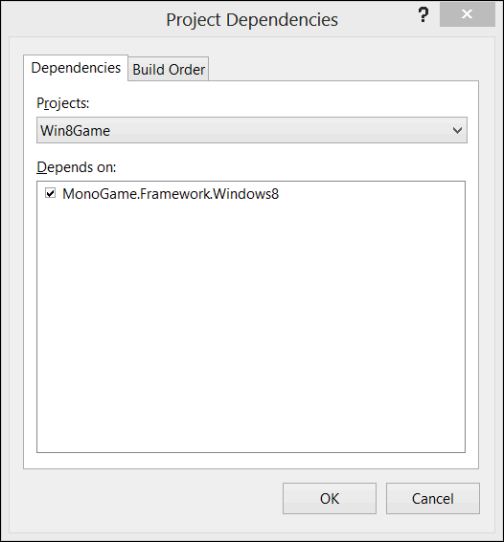 You are now ready to start building your Windows 8 games. In the next post of this series, we will add the first base game items.