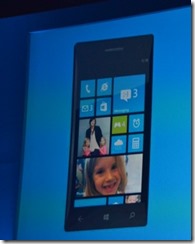 Many (but not all) interesting features have been announced:

Stay tuned for other news and updates in the next months!